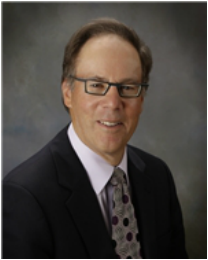 PHILIP J. KOREY
has been selected as one of Ohio’s Super Lawyers since 2009.  Martindale-Hubbell has rated him AV, the highest, preeminent rating for legal ability and ethics.  (1988-present)

Mr. Korey is a former associate of the late Ralph D. Sperli.  Mr. Korey practices criminal defense ranging from white collar crime to DUI, including federal and state trials and appeals.  He also represents physicians and other professionals before state licensing boards, and personal injury victims.

State v. Gaffney, 2018-Ohio-4094:  A seizure of one ounce of heroin following a traffic stop and the use of a drug dog was suppressed.  The Court held that the stop of the vehicle was questionable and the police unconstitutionally expanded the traffic stop into a drug investigation.

State v. Harper, 2014-Ohio-347:  Defendant was tried and convicted of trafficking in two kilos of cocaine and was sentenced to a mandatory 11 years.  Mr. Korey began representation, filed an appeal, and obtained a reversal based on an invalid traffic stop and an improper inventory search.

In a complex federal prosecution, involving defrauding investors, the client avoided an indictment.

State v. Tolliver, Cuyahoga County, Case No. CR 199920:  Mr. Korey began representation after the defendant received the death penalty for a double murder. Based on Batson, the trial court granted a motion for a new trial.  At the retrial, Mr. Korey obtained an acquittal.

State v. Freeman, Cuyahoga County, Case No. 218496:  In a prosecution for the murder of her nine year old sister, the defendant was found not guilty by reason of insanity based on the controversial Isolated Explosive Disorder.

State v. May, 64 Ohio App.3d 456 (Medina County, 1989):  After a plea of guilty to felonious assault on a police officer, defendant was sentenced to prison.  Mr. Korey began representation and won a reversal on appeal based on a defective plea.  He tried the case and obtained an acquittal.

State v. Mitchell, CR 365328:  Defendant was on the FBI’s most wanted list for the attempted murder of a Dunlop security guard.  Based on the defense’s presentation of a defective eyewitness identification, a substantial alibi, and evidence pointing toward another person, the state dismissed the indictment.

State v. Brown, CR 222701: Mr. Korey obtained a new trial for a defendant convicted of murder based on the failure of the prosecution to disclose an immunity agreement with a key state witness. The defendant had been incarcerated for 22 years.

Hammonds v. RTA, Cuyahoga County Case No. CR 055466:  A stab victim on a city bus brought a claim against the company based on inadequate security.  A jury returned a verdict in her favor for the full amount she requested.

See our profile at Lawyers.com or Martindale.com

We will respond to your inquiry in a timely fashion. Thank you.